Guildcraft produced chalkware wall plaques. The owner of the company was E W Usher. In general the Guildware plaques were not as detailed as Bossons plaques

Edward William (Teddy) Usher was a talented artist who exhibited work with the Manchester Academy of Fine Arts in the 1940s. He attended the Manchester Muncipal School of Art for many years (mid 1930s - mid 1940s), studying modelling, pottery, design and architecture. He created the Guildcraft Ware business designing and making wall plaques. The business started around the end of WW2

Edward W Usher was born in India with parents being from a military background. Edward was a talented artiste but as a young child suffered from TB spending long periods in hospital. At the time he had quite a successful business producing plaques with factories around the world. Edward initially lived in Manchester (Cheetham Hills) with wife Violet (Leo) and later moved to Paignton, Devon 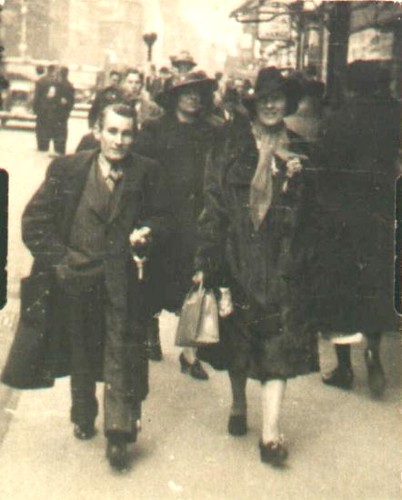